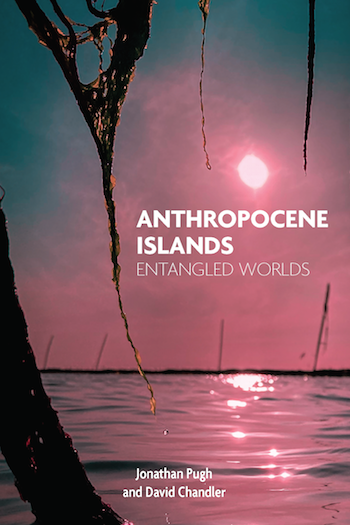 'A must read … a new analytical agenda for the Anthropocene, coherently drawing out the power of thinking with islands.' – Elena Burgos Martinez, Leiden University

‘This is an essential book. [The] analytics they propose … offer both a critical agenda for island studies and compass points through which to navigate the haunting past, troubling present, and precarious future.’ – Craig Santos Perez, University of Hawai’i, Manoa

‘All academic books should be like this: hard to put down. Informative, careful, sometimes devasting, yet absolutely necessary - if you read one book about the Anthropocene let it be this. You will never think of islands in the same way again.’ – Kimberley Peters, University of Oldenburg

The island has become a key figure of the Anthropocene – an epoch in which human entanglements with nature come increasingly to the fore. For a long time, islands were romanticised or marginalised, seen as lacking modernity’s capacities for progress, vulnerable to the effects of catastrophic climate change and the afterlives of empire and coloniality. Today, however, the island is increasingly important for both policy-oriented and critical imaginaries that seek, more positively, to draw upon the island’s liminal and disruptive capacities, especially the relational entanglements and sensitivities its peoples and modes of life are said to exhibit.

Anthropocene Islands: Entangled Worlds explores the significant and widespread shift to working with islands for the generation of new or alternative approaches to knowledge, critique and policy practices. It explains how contemporary Anthropocene thinking takes a particular interest in islands as ‘entangled worlds’, which break down the human/nature divide of modernity and enable the generation of new or alternative approaches to ways of being (ontology) and knowing (epistemology). The book draws out core analytics which have risen to prominence (Resilience, Patchworks, Correlation and Storiation) as contemporary policy makers, scholars, critical theorists, artists, poets and activists work with islands to move beyond the constraints of modern approaches. In doing so, it argues that engaging with islands has become increasingly important for the generation of some of the core frameworks of contemporary thinking and concludes with a new critical agenda for the Anthropocene.

These are words or phrases in the text that have been automatically identified by the Named Entity Recognition and Disambiguation service, which provides Wikipedia (

) links for these entities.

How to cite this book

This book is distributed under the terms of the Creative Commons Attribution + Noncommercial + NoDerivatives 4.0 license. Copyright is retained by the author(s)

This book has been peer reviewed. See our Peer Review Policies for more information.