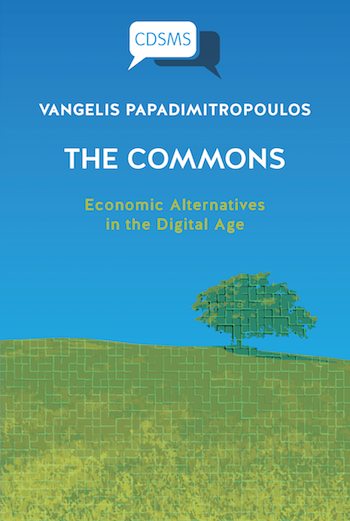 Chapter four critically reviews the anti-capitalist literature on the commons, comprising of various interpretations of Marx’s work, among others. The first section investigates the relation of the political and the common in a broad spectrum of continental political philosophy, including ‘post-hegemony’ notably Ernesto Laclau and Chantal Mouffe and the autonomous Marxist tradition (Michael Hardt and Toni Negri) in the context of Alexandros Kioupkiolis’s critique who points to the crowding out of the self-instituting power of the people in several Marxist and post-Marxist interpretations of the common. The second section focuses on the work of Pierre Dardot and Christian Laval who have reintroduced the self-instituting power of the people in political discourse as the essential concept of ‘the common’. The third section illustrates a more concrete version of the common, articulated in the Katharine Gibson and Julie Graham’s work, who sketch out the philosophical and empirical preconditions of a community economy. The fourth section deals with the concept of the common as the self-instituting power of the people to introduce variants of autonomous Marxism, ranging from post-capitalism to anti-capitalism. Lastly, the fifth section examines the conception of the common in the context of autonomous and classical Marxist views . Authors discussed include Nick Dyer-Witheford, Massimo De Angelis, George Caffentzis, Silvia Federici, Slavoj Žižek, Jodi Dean, David Harvey, Paul Mason and Christian Fuchs. The author concludes that a set of policies could be integrated into a holistic, post-hegemonic strategy for a post-capitalist, com­mons-orientated transition drawing also on some reformist perspectives.