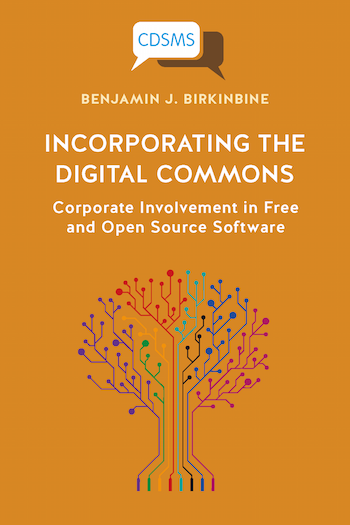 Shifting Toward the Commons : Microsoft and Competing Models of Software Production

Affiliation: University of Nevada, Reno, US

Chapter from the book: Birkinbine, B. 2020. Incorporating the Digital Commons: Corporate Involvement in Free and Open Source Software.

This chapter provides a descriptive case study of the Microsoft Corporation and its relationship with the free and open source software (FLOSS) community. The chapter traces the evolution of this relationship, which began in the 1970s when the company was vehemently antagonistic toward FLOSS. However, this position began to shift, especially after 2001, and is now almost entirely reversed. Microsoft now describes itself as fully supportive of the FLOSS community and its products, which is also reflected in some of the changes in the company’s own business practices. Microsoft case study is indicative of the ways in which the processes involved in FLOSS production transformed from a seemingly antithetical means of commercial software production into an accepted form of industrial software production. I argue that Microsoft has changed its position in part because it was forced by its antitrust conviction in 2001, but also because the model of FLOSS production proved to be a more efficient and effective model of software production, which the company wanted to incorporate within its own business practices.

Birkinbine, B. 2020. Shifting Toward the Commons : Microsoft and Competing Models of Software Production. In: Birkinbine, B, Incorporating the Digital Commons. London: University of Westminster Press. DOI: https://doi.org/10.16997/book39.c