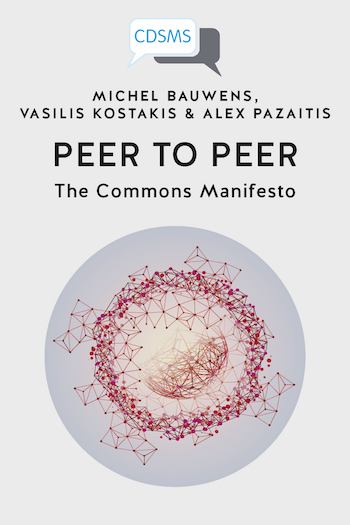 The chapter ‘A Commons Transition Strategy’ proposes a generic strategy for a transition to a commons-oriented society. It argues (following Erik Olin Wright) that a viable strategy must both tame and erode capitalism, working with the state to achieve progressive ends. It argues for the benefits of a multimodal approach that would seek to pool resources wherever possible, implement the principles of reciprocity in exchange – the model of an ‘open cooperative’ – and switch from an older attachment to redistribution to ‘predistribution’ predicated on an partner state approach. Examples of the urban commons projects of the cities of Barcelona and Bologna are presented offering insights into commons-based alternatives to traditional models of municipal government that could contribute to a strategy for urban commons transition. Lastly the chapter makes the case for the creation of reciprocity between the sphere of the capitalist market and the sphere of the commons and for organizing at the local and global level. The book concludes with a full summary of the author’s proposals for a transvestment strategy and organizational change at city, regional and global levels as key commons transition elements to counter destructive extractive capitalism and address a probable pending scarcity of global resources.