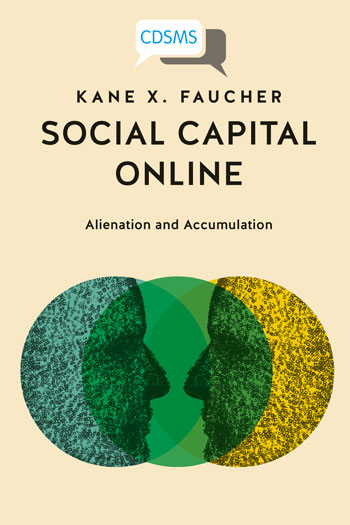 From Accumulation to Alienation: Marx and Veblen

Returning to some core ideas of Marx to refresh understanding of concepts of alienation and exploitation, this lays the foundation for a discussion on the state of those concepts in the context of social media usage. Scholars such as Eran Fisher argue that exploitation increases as alienation decreases, ostensibly because of the affordances of social media to connect with others and enjoy some degree of creative affect. However, I argue that alienation is actually increased by social media’s ostensible illusions of social connectivity and affect as the result of the nature of algorithms that pre-curate experience in a way that removes autonomy from the user, and also because of the highly competitive (not collaborative) nature of social media users’ pursuit of accumulating online social capital. In order to better understand this relationship between social media usage and alienation, the works of Marx are appealed to, together with the missing ingredient of Thorstein Veblen’s integral discussion of conspicuous consumption. The latter it is argued, is applied to a form of conspicuous display on social media, as part of the broader process of alienation.