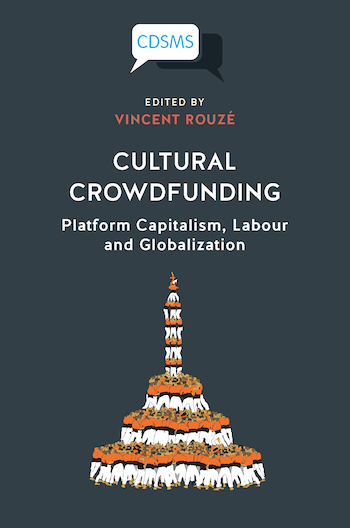 Cultural crowdfunding platforms are symptomatic of broader ideological forms inherent to technological innovation, economic change and the emerging ‘new capitalism’. They reinforce mainstream communication and marketing logics (content individualization, self-branding, B2B and B2C match-making, personal data-mining, etc.) and new modes of production contributing towards the growth of outsourced labour and ‘free’ labour, under the guise of both increased participation and gamification. Elsewhere, internationally cultural, social and economical players continue to fight out struggles which are often far removed from the simple issue of cultural crowdfunding. This chapter also considers the arguments that crowdfunding is successfully propelling cultural democratization or more malignly, supporting logics aiming at more generalized outsourcing. It considers the frequent criticisms of crowdfunding and the problems for life, leisure and business running on permanent ‘project mode’ and encouraging ever more advanced states of individualization. The chapter notes they may be alternatives to mainstream platforms, notably via the logic of the commons serving the ‘collective’ on the basis of exchanging individual resources and pooling services. It concludes with a cautionary note emphasising the need to observe the impact platforms (and digital commerce more generally) have on the environment and on global warming.